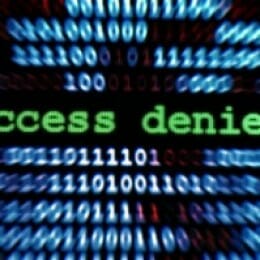 The current leaderless geopolitical and environmental state of the world is the theme of Ian Bremmer’s new book Every Nation for Itself: Winners and Losers in a G-Zero World (2012). Bremmer starts by defining the G-7 college of nations which, after the 2008 global financial crisis morphed into the G-20.  Although much ado was made about the potential of the G-20, Bremmer’s key point is that the reduced standing of the U.S. in the global policy arena leaves an unfilled leadership gap in trade and security policy that the G-20 is not yet able to fill.  The G-20, comprised of the U.S., Canada, Mexico, Brazil, Argentina, Britain, Germany, France, Italy, Russia, Japan, China, Indonesia, South Korea, India, Australia, Turkey, Saudi Arabia, South Africa and the EU was an accommodation to the new global balance of power that has emerged in the early 21st Century.  But as a tool for global leadership it is too unwieldy with too many diverse ideological frameworks that also have competing policy and commercial interests.  This leaves us adrift in the ocean of social and political change like what we have witnessed over the past four years; what he characterizes as the G-Zero world.

In the book Bremmer carefully outlines who the winners and losers may be as we move forward into the future in such areas as nuclear weapons policy, climate change, regional and global trade and cybersecurity.  He also outlines who the various national players may be as pivot states, rouges with friends, adapters, protectors, and cheaters.  He also illustrates how important both the U.S. and China are as the two largest economies that are intricately intertwined economically, but diametrically opposed philosophically.  He presents a series of scenarios of possible futures calling upon recent political events that may or may not develop to support how each scenario plays out.

All in all, it is a fascinating and enjoyable excursion into the world of “what if.”  Going in the reader should have a good grasp of geography and current events to fully appreciate the nuances he delivers as he jumps back and forth in time and space.  For my purpose in this essay, the jumping off point is how his model of the G-Zero leaderless world, could play itself out in cyberspace as we approach the upcoming International Telecommunications Union (ITU) vote to be held in December, 2012 in Dubai.

The Future of the Internet

This event which I wrote about in a previous article on the challenge to the authority of the Internet Corporation for Assigned Names and Numbers (ICANN) is likely to be one of the most important events of 2012, and yet it is barely reported on in the mainstream press.  The ICANN, a multi-stakeholder, multinational non-profit organization originally established by the U.S. Department of Commerce (DOC) administers the top-level domain authority and the root servers for the Internet.  Since the global expansion of the Internet has far exceeded the wildest imaginations of the original purveyors and many countries now depend on the efficient communications benefits it offers, a battle for the management of the Internet backbone’s root authority is now underway.  Russia, China and Brazil are reported to be three countries pushing for transferring this authority from the ICANN to the ITU, an agency of the United Nations (UN).  The vote on this matter will be held in less than a month.

Leading spokespersons on both sides of the debate have made strong arguments.   On the one hand, the ITU is an international body and is, therefore, not subject to the political agenda of one powerful nation (i.e., the U.S.).  And, they contend, since the Internet is now a global public good it makes sense that governance should be in the hands of a multinational body.  Besides, the world of the Internet is being overwhelmed by the traffic of cybercriminals and hacktivists that are using this public resource for nefarious purposes.  More control by national governments is in order to maintain the resource for beneficial commerce, trade, and governance, so they argue.

On the other hand, others argue, the ICANN is a multi-stakeholder body and, therefore allows private sector and non-governmental organizations (NGOs) to sit at the table as equals with state actors.  It, therefore, reflects the new reality of the modern world whereby unrepresented but important constituencies can have a voice. Further, they argue that bureaucratic actions by slow-moving, politically-sensitized nation states cannot possibly keep up with the pace of technological change necessary to make good decisions about Internet governance.  And, the potential for corruption, the great distorter, will artificially dictate winners and losers through market distortions that have nothing to do with the original intent of the Internet (i.e., as a tool for the freedom of expression).  It is feared that the machinations of political horse-trading will be expressed more fully in the context of ITU governance and the efficiencies gained in market advances and technological innovations will be stalled.  More importantly to civil liberties advocates the use of the Internet as a tool for oppression and control is seen as a dangerous shift for the future of mankind.

The arguments of those that advocate for a more civil, less criminal, cyberspace have not gone unnoticed by those in power within the U.S.  Bills before the U.S. Congress to reduce our own vulnerabilities to activities of state-sponsored or private action cyber-terrorism are stalled due to political infighting.  The Obama Administration in seeking to forestall a tragic “cyber Pearl Harbor” as Secretary of Defense Panetta characterized it has issued a secret directive and has floated a draft Executive Order (EO) to protect the U.S.’s critical infrastructure.

Critics of the draft EO, especially those supporting voluntary private action by companies deemed to be subject to the definition of “critical infrastructure” fear that the U.S. government is going too far in mandating incident reporting and data collection activities.  Other critics, especially those who are concerned about the loss of anonymity online and the prospect of an Orwellian “Big Brother” are concerned that the civil liberties of ordinary citizens will be infringed upon.  Some seem to be more concerned about the U.S. national agenda and the actions of the Executive Branch than the 800 pound international Gorilla staring them in the face with the prospect of a loss of top-level domain name authority and root server governance to the ITU.

The up-tick in cybercrime and the advanced persistent threats that U.S. corporations and citizens are facing minute-by-minute and day-by-day in cyberspace present the greatest test of the G-Zero concept that Bremmer proposes (Verizon RISK Team, 2012).  The U.S.’s global leadership in establishing the ICANN structure as a multi-stakeholder entity is a prime example of “leading from behind” as Bremmer documents in his book.  The question now becomes how to slow the progress of cyber-criminal activity without stalling the progress of technological innovation and/or infringing on civil rights and liberties. Although tough for the 18 industry sectors detailed in the National Infrastructure Protection Plan (NIPP) increased information sharing as proposed in the EO is the first step in a unified and coordinated approach to dealing with organized cyber criminal activity and the cyber espionage efforts of state actors.

I’m willing to place my bets on solutions that emerge from a healthy mixture of private, public and NGO action in ICANN and the Internet Engineering Task Force (IETF) rather than the bureaucracy of the ITU.  In my view, ITU governance of the Internet backbone would be an incubator of catastrophe and would speed the world toward the G-Zero scenario that Bremmer outlines.

Bremmer, I. (2012). Every Nation for Itself: Winners and Losers in a G-Zero World. New York, NY: Portfolio/Penguin.